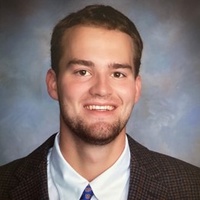 Austin is a recent graduate of St. Lawrence University with a double major in Business and Economics. He is attracted to the field of financial advising due to his love of meeting new people and engaging in educational conversations about financial literacy. His first opportunity was assisting teachers in New Bedford plan for retirement, however he decided to pursue an opportunity at Concord River Financial (CRF) to learn the intricacies of financial advising and save a little on gas as well. Austin holds the Series 7 and Series 66 licenses through LPL Financial, as well as Life, Accident & Health Insurance licenses.

Austin grew up in Carlisle, Massachusetts but now resides in Somerville with friends from school. In his free time he enjoys playing soccer when it’s warm, and when it’s cold he heads up north to the slopes to do some skiing with friends and family. As a newly appointed LPL Financial Advisor, Austin hopes to learn a lot from CRF’s talented team and establish meaningful connections wherever possible.