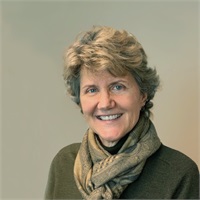 After previously enjoying a career in higher education as a university administrator working as a counselor and in student leadership development, Liz realized that that chapter in her life had run its course and it was time for a career change… but was unclear as to what she might want to pursue. Liz had some financial concerns about making this transition and was referred to a local Waddell & Reed advisor for help.

That introduction was life-changing. Working with her Financial Advisor, Liz became fascinated by the financial planning process and the different financial solutions available to help people pursue their goals. She liked Waddell & Reed’s educational and collaborative approach with clients and quickly realized that she had just discovered her next career … that becoming a Financial Advisor with Waddell & Reed was the perfect fit for her new passion and her existing skill set. That revelation took place back in 1991 and she has never looked back.

Over the years, Liz has been recognized by Waddell & Reed for her many achievements, including being named as an Advisor Medalist (top 250 advisors nationwide) since the award’s inception in 2013 through 2016 and has been the recipient of their "Circle of Champions" award each year from 1992 - 2016. In 2006 & 2016, she also qualified for Waddell & Reed's prestigious "Crest Award".*

Liz lives in Epping, NH with her long-time partner Donna, a software developer, and one old and occasionally cranky cat.

*Awards are presented annually by Waddell & Reed and are based on an analysis of investments, insurance and financial planning sales generated by the advisor. For more information regarding the awards and dates received, please contact the advisor.  Waddell & Reed is not affiliated with any other entities referenced.  06/19